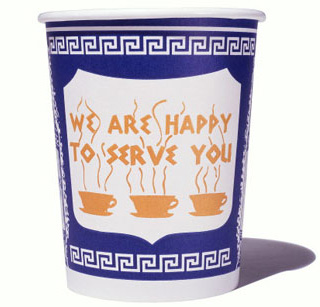 It's not my usual Coffee. Getting a coffee from a neighborhood Korean Deli and drinking out on the street, usually in one of my nearby little local parks in Greenwich Village and Soho, in the great city of New York. No it's not my usual coffee, which for the past 37 years is daily at one of my favorite local cafes, and never ever at Starbucks, no fucking way. It's got to be at nice small independent cafe, no chain joints for me. I did have my daily espresso ro cappuccino for exactly 30 years at my beloved Caffe Dante on Macdougal Street in Greenwich Village, and yes oddly enough, it was for exactly 30 years, from June of 1985 when I came back from my first trip to Italy, to the sad day in 2015 when my pal Mario Flotta (from Avelino, Italy) sold the 100 year old Italian Caffe to some Australian guy who bought the name along with the lease and whatever else it entailed to take over the place, and then proceeded to turn my beloved caffe into a expensive high-priced trendite cocktail lounge, which it has been for the past 4 years.
Yes I started going to Caffe Dante soon after I came back from Italy in the Summer of 1985. I myself am of Italian (Sicilian) ancestry and I made my first of many trips back to the mother-land, Italy and fell in love with the many rituals and authentic ways of Italian coffee, Italian Food and Wine and the whole Italian lifestyle and I was looking for the most authentic places (restaurants, shops, and caffes) to get pasta, espresso, cappuccino, gelato, Prosciutto, Parmigano, and such, and when it came the most authentic espresso and an Italian Caffe to get it at, Caffe Dante on Macdougal Street in Greenwich Village was the undisputed champ. So I started going to Caffe Dante for espresso and cappuccino, and it would turn out that I went there almost every single day for my Italian Coffee fix for exactly 30 years, until Mario sold the place and I could no longer go. The about 1992 my girlfriend Dante (yes her name was Dante) discovered a new place on Sullivan Street in Soho called Once Upon a Tart, and I started going there as well, but of course, not stopping to go to Dante which I went to every single day. Yous see the thing is that, on days that I don't work, I will make at least 2 and sometimes 3 cafe stops in a single day, and though I'd have my first coffe of the day at Dante, after I went back home, had my lunch and then went back out for my second cup, it was usually to the Tart as anyone who was a regular would call it, and I was one. In fact, I was a regular from the day they opened in 1992, until the day they sadly closed, quite incidentally in 2015 as well. So I lost 2 cafes in one dreadful year.
I had already started going to have coffee once a week, usually on Sunday to the lounge inside the Marlton Hotel on West 8th Street in Greenwich Village, and I was doing this for about 3 or 4 years in that dreadful year of 2015 when I lost my two favorite cafes. So Caffe Dante and Once Upon a Tart both happen to come upon bad times, and they just weren't making enough money by the time 2015 rolled around, and they both ended up closing shop. So my two beloved cafes both closed, now what was I to do. I'm a cafe freak, and I gotta have my coffee and it has to be at a nice relaxing, comfortable cafe where they don't play and shitty crap rap music or anything like that. They've got to have good coffee, a nice ambiance, friendly service, and it can't be a chain place like Starbucks, "no fucking way!" 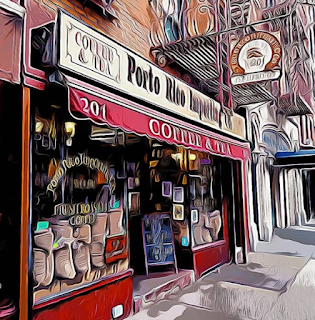 Best Place to Buy ground or whole roast coffee beans in all  of New York. 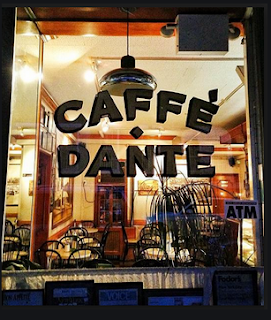 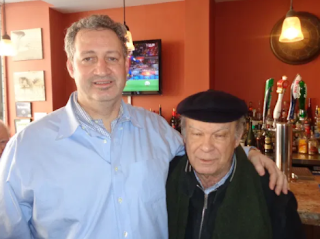 Me and Mario Flotta

The Day That DANTE Closed 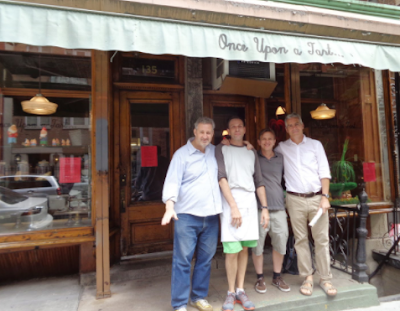 The Day that The TART Closed

Me (L) with Jerome, the Owner of ONCE UPON a TART 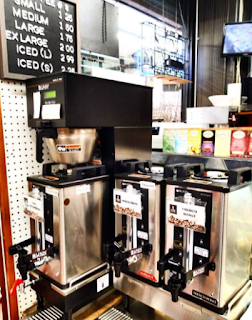 One of the places where I get my Coffee these days,

during the Coronavirus Flu Pandemic of 2020 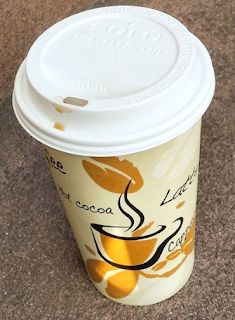 My Coffee from Bleecker Farms 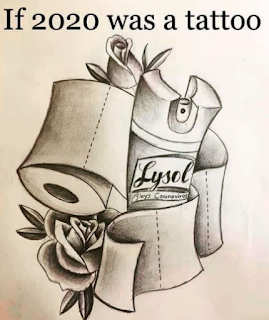 Posted by xpicassox at 3:19 PM