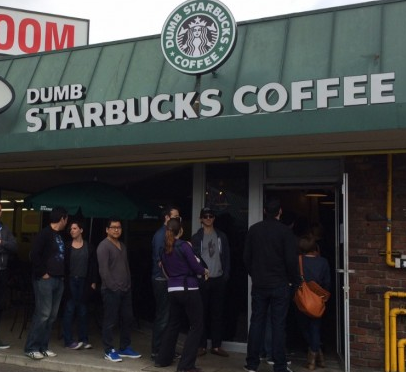 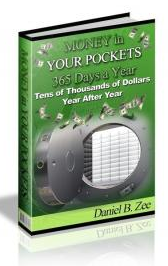 
So it appears that is was just a big TV stunt.
Dumb Starbucks, the mystery coffee shop that opened in Los Angeles over the weekend that looked like a real Starbucks – turned out to be the brainchild of Comedy Central reality-TV-show host Nathan Fielder, the Los Angeles Times reports

.
Fielder’s show, “Nathan for You,” revolves around Fielder giving prank advice to small-business owners.
He spoke to a group of journalists late Monday in front of the Dumb Starbucks storefront where he was asked if  Comedy Central was aware of what he was doing.
"They weren't," he said. "But they are now."
He also admitted that he planned a second “Dumb Starbucks” location in Brooklyn.
The coffee shop was outfitted with near identical signs and menus as a real Starbucks, except with the word Dumb being prefixed to the material. It offered free drinks, with items such as “dumb Frappuccino,” a “dumb blond roast,” in sizes ranging from “Dumb Tall” to “Dumb Venti,”
Once opened, Dumb Starbucks caught the attention of the real Starbucks.
"While we appreciate the humor, they cannot use our name, which is a protected trademark," Laurel Harper, a spokeswoman for Seattle-based Starbucks Corp., told FoxNews.com.
Monday's impromptu press conference came to an abrupt stop when Fielder said the local health department had just arrived and told them to stop serving coffee. The Los Angeles Health Department ultimately closed the shop for operating without a permit.
"We've been wondering what this was about for four days," said Los Angeles resident Rebecca Metz told USA Today. "I wish it was a political statement or a kooky artist, but it's a really smart marketing stunt." 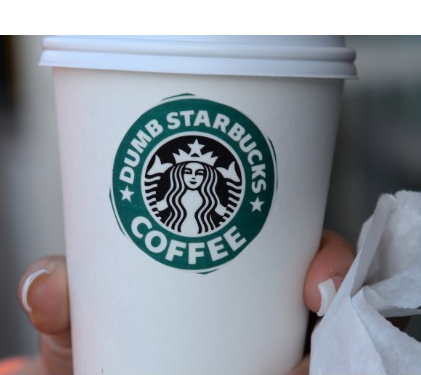 Posted by xpicassox at 9:04 PM